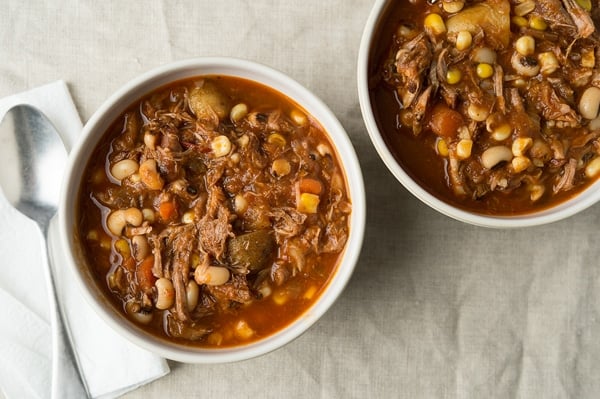 Every region of the country has its big, burly stew, from gumbo to chili to cioppino. This is burgoo, a Kentucky classic, done with a menagerie of wild game: Pheasant, squirrel and venison.

Burgoo. Um, what? Yeah, I know. When I first heard the name of this stew, years ago when I was living in Virginia, I just chalked it up to one of the many odd names you see in the South. Apparently this word predates the stew, however. The oldest references to it seem to refer to a thin, nasty-sounding breakfast of hardtack or oats and water cooked into a gruel. The theory is that the name comes from a conflation of bulghur wheat and ragout, but this seems like a stretch to me.

What has carried on since the Civil War, however, is the concept of burgoo as a very thick stew — thick enough to stand your spoon in it. How you get there is more a matter of personal taste. There are as many versions of burgoo as cooks throughout the Greater Burgoo Diaspora, which is basically Kentucky, southern Illinois and Indiana, as well as parts of Ohio River Valley.

Having eaten dozens of versions of burgoo, and having read scores of recipes, they all seem to have the following in common:

Beyond that, go for it. Add some bourbon, or some offal. Maybe some collards, or that muskrat that’s been sitting in your freezer…

And when you cook this stew, don’t mess around: Make enough for leftovers. A particularly grand burgoo party written up in the New York Times in 1897 included “400 pounds of beef, six dozen chickens, four dozen rabbits, thirty cans of tomatoes, twenty dozen cans of corn, fifteen bushels of potatoes, and five bushels of onions.”

My recipe is a bit more subdued, but it will still get you through a few lunches at work. Make a big ole’ bowl this weekend and you won’t be sad. 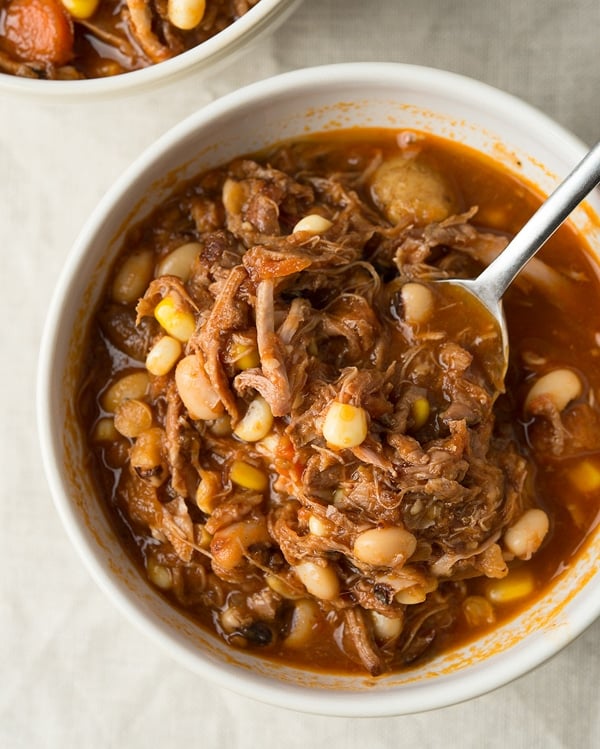 This is one of the best Sunday stews you can make, not only because it’s great on Sunday, but the leftovers will reheat beautifully all week long, for either a quick supper or for lunches at work.

Don’t worry if you don’t have squirrel, venison and pheasant on hand all at once. The only true rule in burgoo seems to be that you need at least three different meats, so let your imagination wander: Chicken is obvious, as is pork. But lamb, rabbit, hare, other game birds, duck, muskrat, whatever. It’ll all get hammered into submission in this stew regardless.

Cook Time: 3 hours, or more if your game is old and tough